From Abolition to Progressivism: Women in Public Life Slide Show 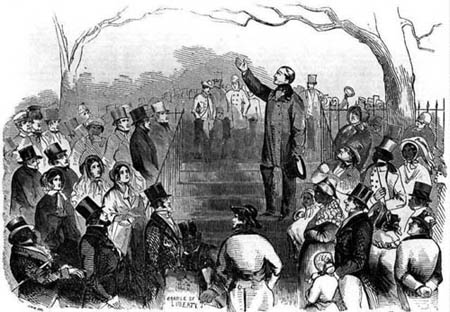 Wendell Phillips
The illustration is from 3 May 1851Gleason’s Pictorial, a popular nineteenth-century publication. It shows reformer Wendell Phillips (1811-1884) addressing an April 11,1851 meeting to protest the case of Thomas Sims, a fugitive slave being tried in Boston. Phillips was a member of the Boston Committee of Vigilance that tried to prevent the court from returning Sims to slavery. Anti-Slavery Meeting on the [ Boston] Common From Gleason's Pictorial, May 3, 1851 Photomural from woodcut Prints and Photographs Division (52)
http://www.loc.gov/exhibits/african/afam006.html 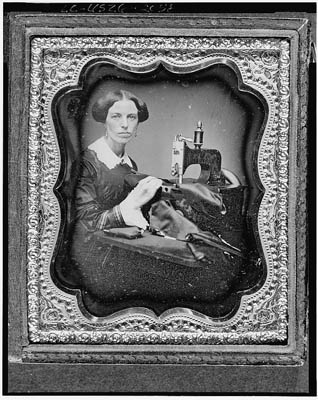 "A Seamstress"
c. 1853, daguerreotype, unknown photographer "a seamstress" one of many portrait studies of workers posed with their tools. 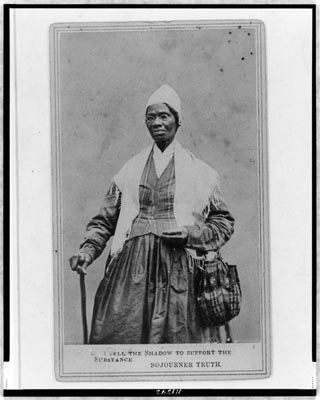 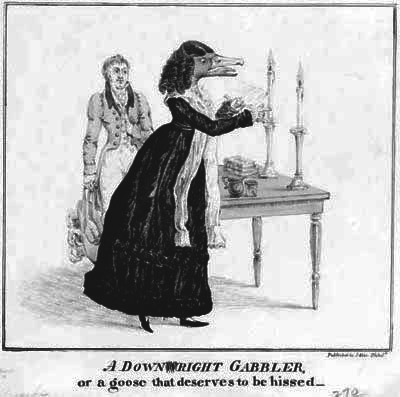 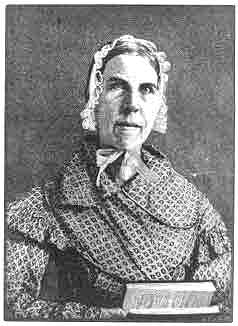 Amelia Bloomer
In her Bloomer costume, From The Water-Cure Journal, October 1851 (The Water Cure Journal was in publication from 1845 until 1860. and was dedicated to popular health theories of the 19th century, mostly the benefits of cold water baths, but later expanded to include articles on phrenology, pre-natal care, diet, exercise and other 19th century health crazes.) 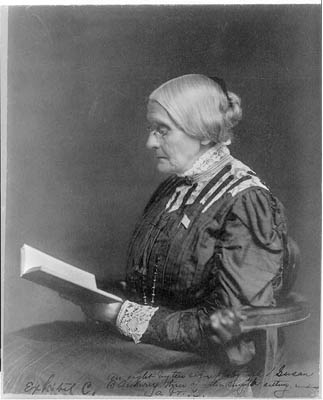 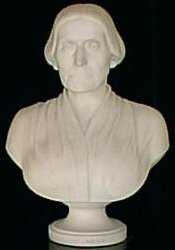 Sculpture by Adelaide Johnson, displayed at the Women's Exhibition at the Chicago World's Fair, 1893. 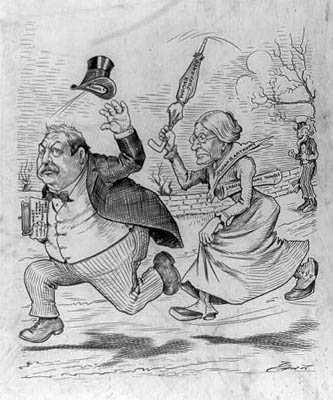 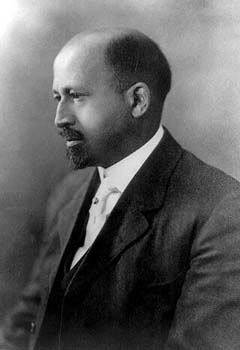 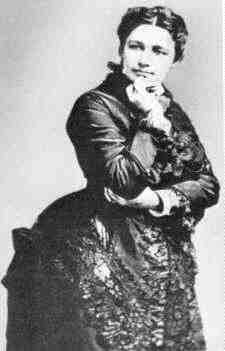 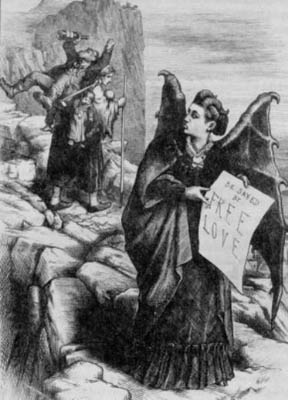 "Mrs. Satan" by Thomas Nast
Full page cartoon in Harper’s Weekly, February 1872. Nast was one of the most famous cartoonists of his generation. 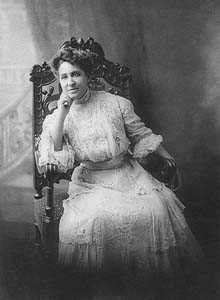 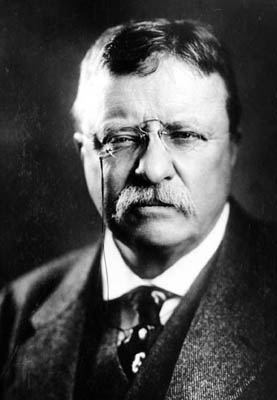 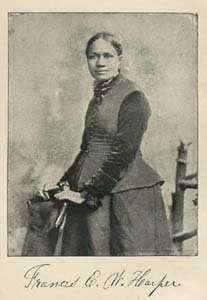 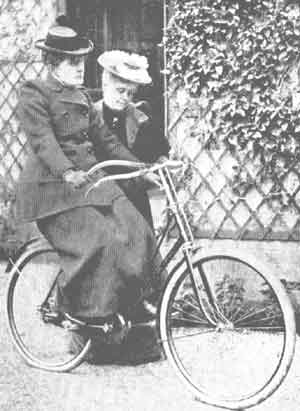 Frances Willard
Probably from her book How I learned to Ride a Bicycle, 1893; about learning to ride the bicycle at the age of 53. 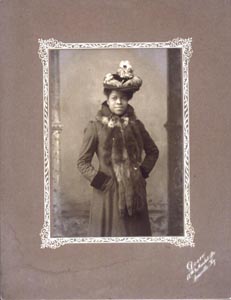 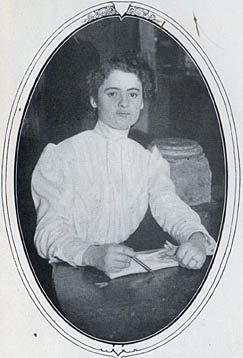 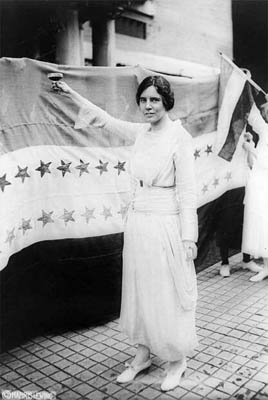 Alice Paul, (standing w/glass) Sept. 1920, photo copyright by shortly after the ratification of the 19th amendment (Aug 1920) note that she is raising a glass in her right hand. 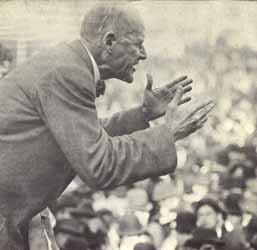 Eugene V. Debs delivering his anti-war speech in Canton, Ohio on Jun 16, 1918. He would later be jailed for the speech. 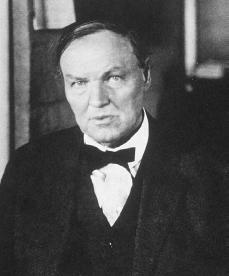 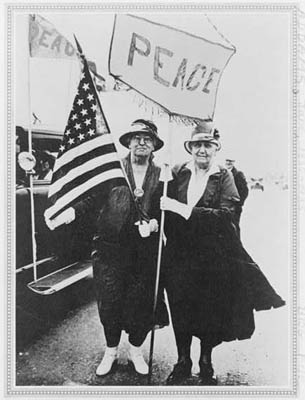 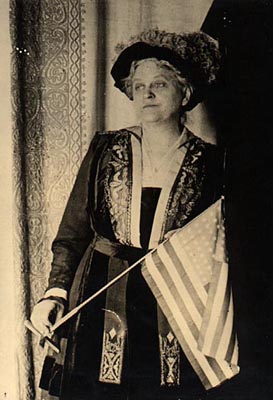 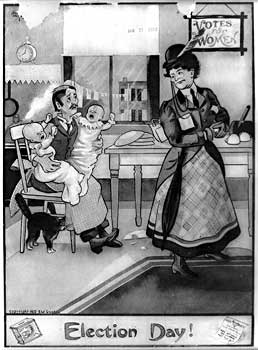 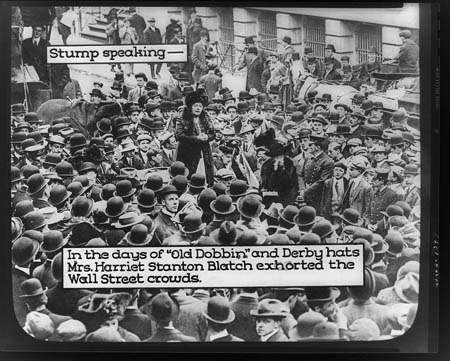