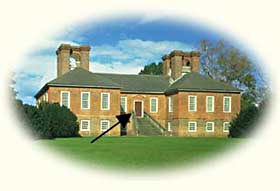 College of Staten Island and the Graduate Center, CUNY

By the middle third of the eighteenth century, plantation slavery had taken firm root in the Chesapeake colonies of Virginia and Maryland. The principal labor source consisted of African slaves and their American-born descendants, who were legally bought and sold by white masters. Slaves filled many kinds of jobs, such as household servant, skilled craftsman, teamster, or boatman. They were most important as agricultural laborers, raising foodstuffs and the region's staple crop, tobacco. The profits arising from tobacco underwrote the emergence of a wealthy class of planters, who used their wealth to expand their landholdings, stake claims to social leadership, and build lavish houses. The plantation "great house" was both for the enjoyment of the planter's family and for the display of the family's social status.

The relationship of master and slave was therefore fundamentally exploitative, as masters used violence to compel their slaves to work and then kept the profits to themselves. Masters and slaves interacted on a daily basis in the fields or inside the plantation house, and yet they also each occupied separate worlds defined by residential, social, and recreational segregation. Slaves often resisted their plight by means both subtle and overt. The slave quarter provided a geographically detached space that sheltered families, allowed communities to form, and thereby strengthened resistance.

The following exercise is designed to introduce you to the eighteenth-century Chesapeake world that masters and slaves occupied together, along with the social spaces--the plantation great house and the slave quarters--that each occupied separately. It uses visual images of work and home in order to give you a sense of those worlds, while it relies on newspaper advertisements in order to explore one form of slave resistance, running away.

The following websites are either used in this activity or provide useful background:

Each of you will work with a partner to complete the following instructions. Questions 1, 2 or 3, and 4 are for today's class, while questions 5 and 6 are for homework.

I designed this assignment to bring to life some important material that gets glossed over in our textbook in just a couple of pages. From this assignment, I hope that students will come away with a much better picture of the "Rise of a Creole Elite" in the eighteenth-century Chesapeake, which was certainly an important social grouping as we move forward in the course into the Revolution and early republic. I also hope that this assignment leads students to understand the lives of slaves better, including modes of resistance. In addition, this exercise serves as a prologue to a fieldtrip later in the semester to a nearby museum village, where my students tour historic structures as they do virtually in this online exercise.

I have used a less fully developed version of this assignment in my classes already and gotten good results. Some of my students did especially creative work on the final exercise, the imaginary letter or diary entry, which is designed to have them synthesize what they learned from the several images and advertisements. I have now expanded the assignment. In the past, I only had students take the virtual tour of Stratford Hall, view pictures of the Carter's Grove slave quarters, and do a little exploring of the runaway advertisement database. However, this time I wanted to emphasize more the overlapping world of work and to suggest the parallels as well as the stark differences between the master and slave dwellings. Students readily grasp the dichotomies of the master-slave relationship, but I also want them to realize some of the nuances and intimacies involved.

I have had success in the past with a strategy that I employ here. I have seen constructive results when students have to respond to another student's posting on Blackboard. I have divided up the assignment in such a way that each student will do a portion in class and then respond to his or her partner as homework. This gives students an exposure to all the material with a somewhat reduced load of work. The experience also tries to have students consider the primary sources from the distinct perspectives of masters and slaves.

I designed the exercise for my survey of U.S. history to 1865, which is held in a computer lab. Thus, the activity begins with pairs of students seated together around a PC. For classes without lab access, it would be easy to make #1 an individual activity that could be done online.